The Magic Mushroom Clubhouse is a friendly troop of 9,200 explorers scavenging the biotic metaverse. They earn badges on their adventures by spreading the ancient powers of mushrooms, discovering the secrets of their ancestors and helping others along the way. 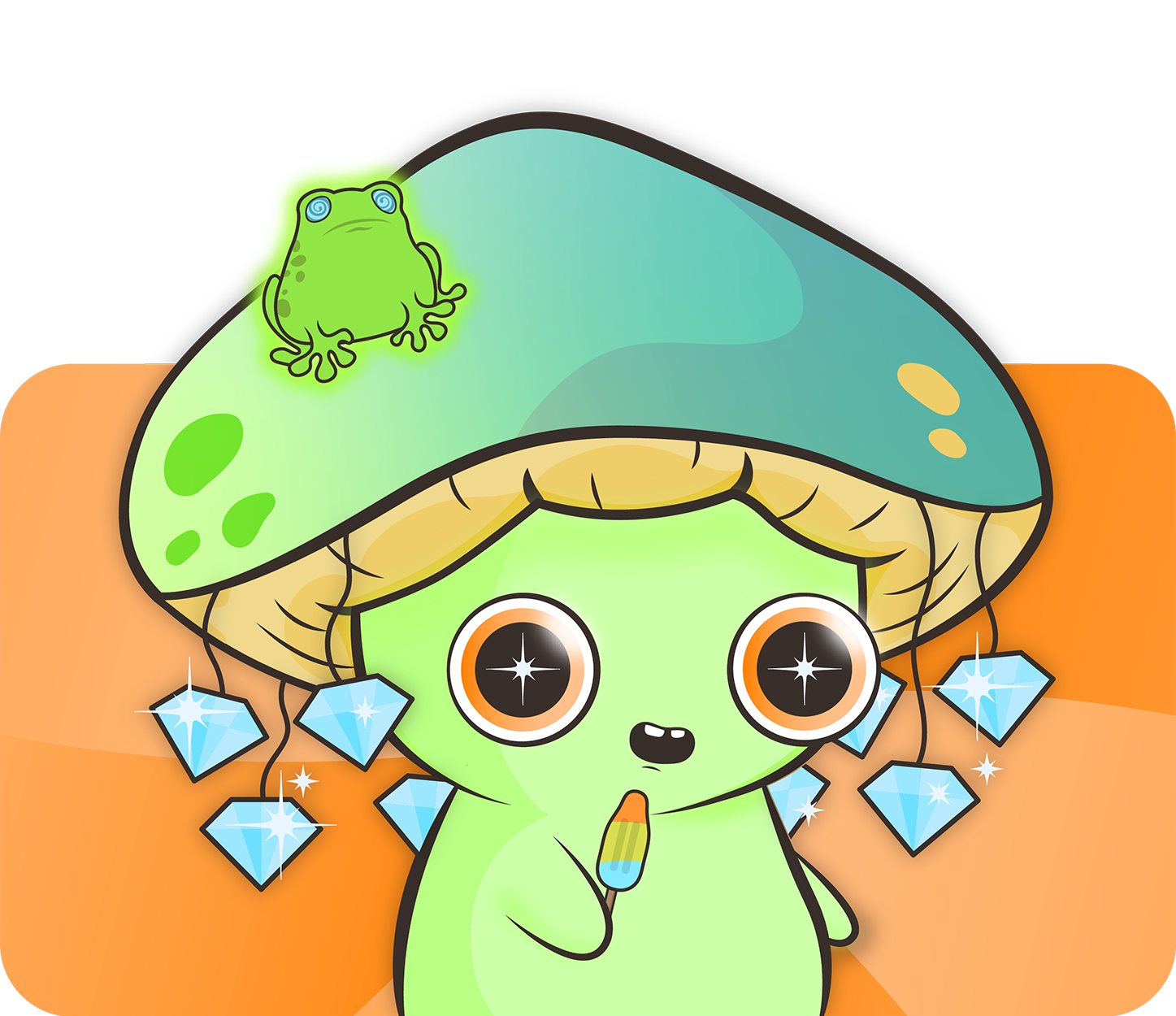 The Friendliest Troop on the Ethereum Blockchain

Spawning a community of eternal wisdom. A sense of oneness flourishing everywhere in our discord. The Magic Mushroom Clubhouse is a collection of 9,200 AI-generated collectibles exploring the Ethereum Blockchain. 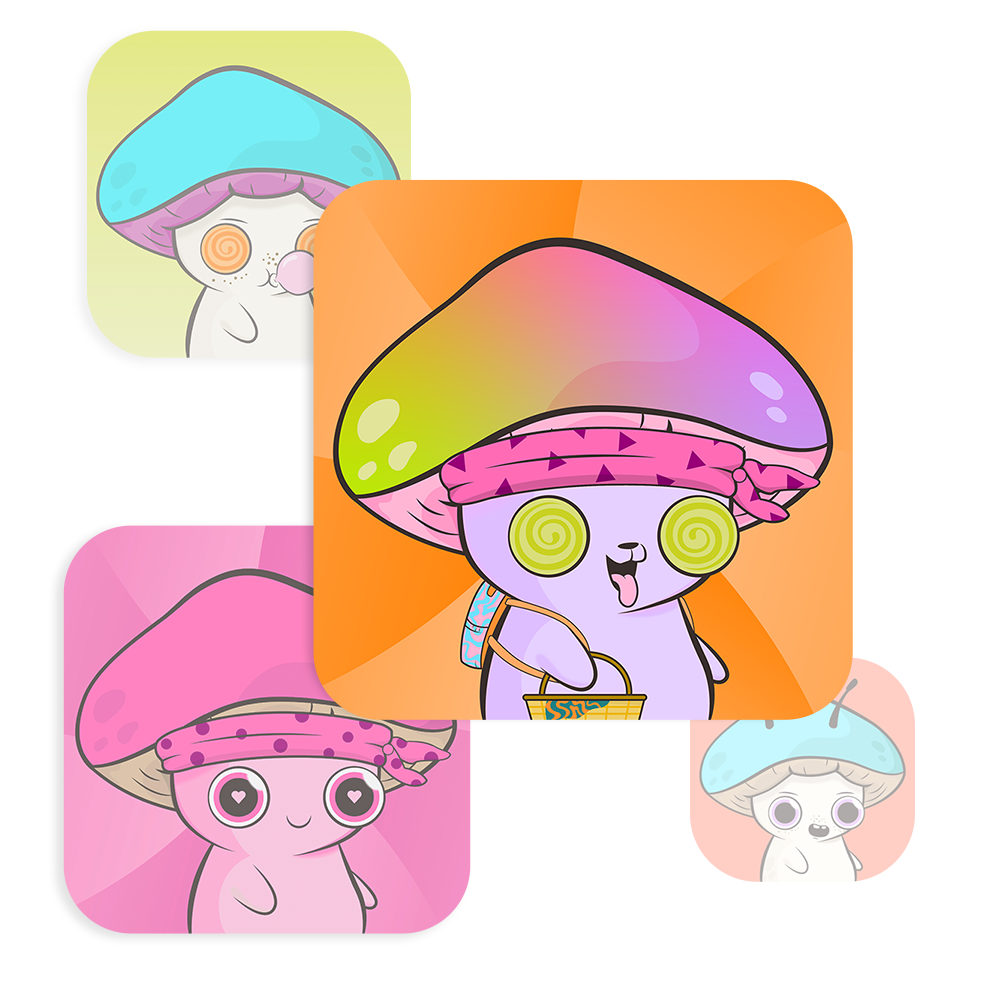 A group of friends went camping in the Magic Forest to see what secrets they could uncover. The glow of the full moon drew their attention to a field of colorful mushrooms under a canopy of trees. They ate the deliciously colored mushrooms and were instantly transported from the Magic Forest to a new realm, the biotic metaverse. The friends found the mushrooms held magical properties as they took a look at each other and realized their bodies had slowly morphed into mushrooms - thus creating the Magic Mushroom Clubhouse. They now embark on adventures to spread the ancient powers of mushrooms, discover the secrets of their ancestors and help others along the way! 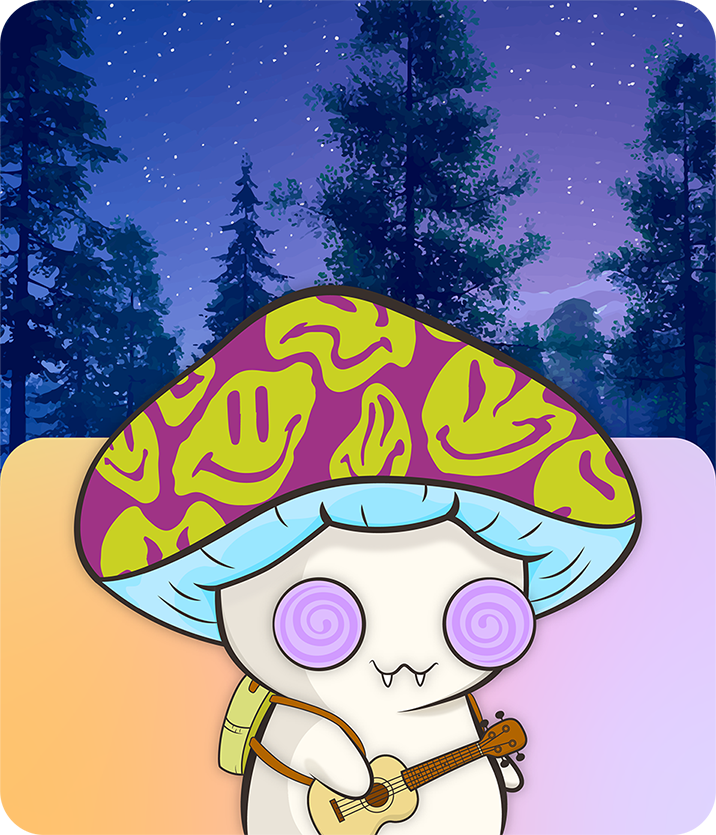 Reports of a few Magic Mushrooms spotted in the metaverse. Here's your compass for the journey... 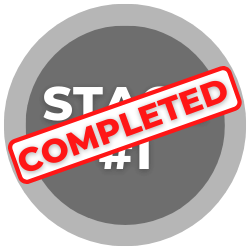 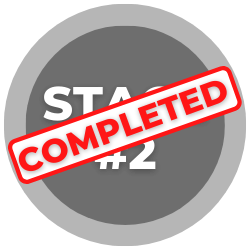 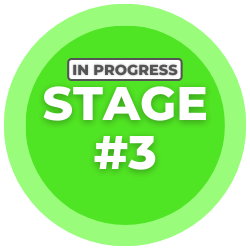 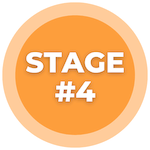 The Magic Mushroom Clubhouse is a collection of 9,200 uniquely generated NFTs who were transported through the magic forest into the blockchain. 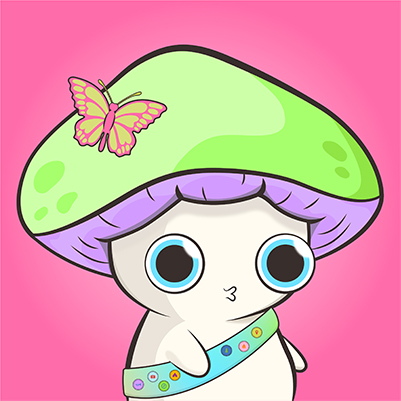 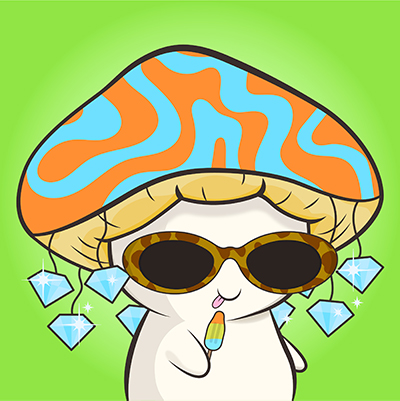 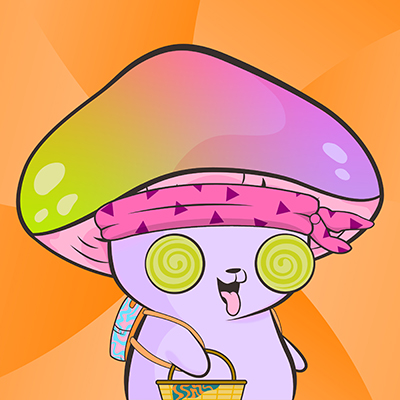 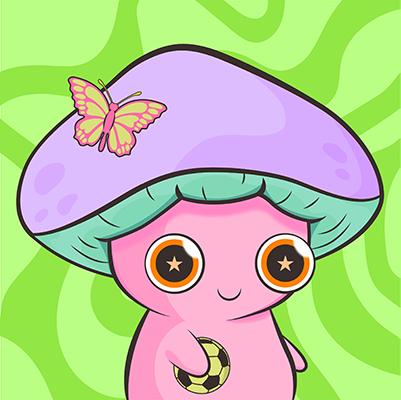 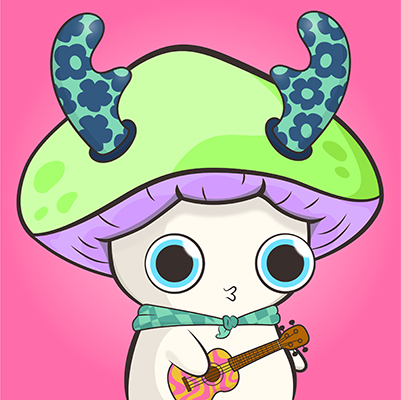 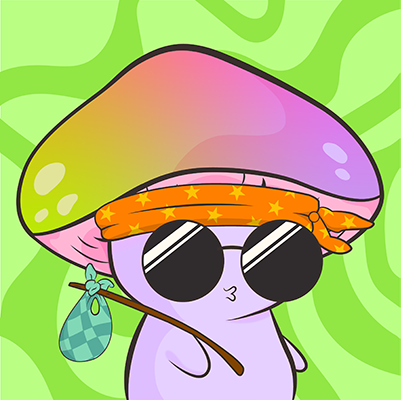 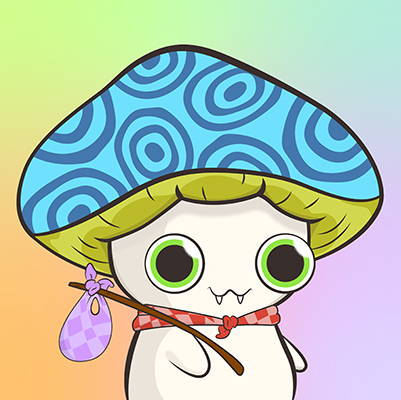 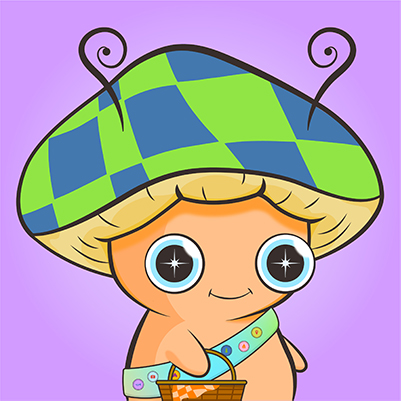 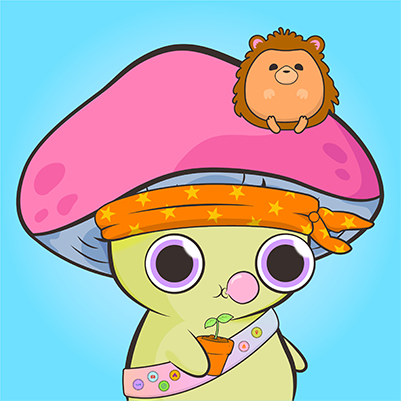 Using unique password access throughout all minting stages, Magic Mushroom Clubhouse was able to minimize gas fees and sell all 9200 shrooms in under 17 minutes through organic marketing without spending a dime on paid promotions leading up to the mint.

The Magic Mushroom Clubhouse is run by a passionate team of NFT Enthusiasts, Youtubers, Entrepreneurs, Marketers, Designers, and Blockchain specialists that execute to perfection. Our team is transparent and will always prioritize the community first.

We take it upon ourselves to prove that Magic Mushroom Clubhouse consists of much more than "just jpegs". However, it's just like a trippy adventure... you'll never know what to expect or what's coming next! To avoid missing out make sure you join the discord to hear future Utility Announcements.

Holding a mushroom grants access to exclusive adventures, clubs, challenges, awards, and utilities. The Magic Mushroom Clubhouse will make its mark in the NFT space by creating a thriving community experience through transparency, simplicity, and communication.

Any questions you have we are here to answer.

The Magic Mushroom Clubhouse is a NFT collection consisting of 9,200 1/1 generative art pieces of mushrooms. Owning a Magic Mushroom NFT is your ticket to adventure and gives you access to the Clubhouse’s exclusive events.
You will be able to mint Magic Mushrooms on our website mushroomclubhouse.com or directly through the smart contract via our discord server. Our mint is scheduled for September 25th at 12:00pm PST, but if you miss out on that they will be available for purchase on Opensea.
Each Magic Mushroom will be minted at 0.05 ETH + Gas and will be limited to 10 per transaction. Mint day is September 25th, 2021 at 12:00pm PST.
We are a team that takes pride in creativity and ingenuity. You will not see a copy/paste roadmap, basic “utility” features or buzzwords used to build artificial hype. Follow our Twitter @mushroomclubNFT for more info on what we are doing differently.
Just like the innovation of blockchain technology, our team believes in the innovation of medicine. We have built a charity fund to contribute to psilocybin research. Check out our white paper for more information about this. 3 Eth will be added to the Charity Fund every 25% of initial sales.
Fund will be used for promotions, future merch development, partnerships, giveaways, and building value for the community. We will take any and all recommendations for this fund's use. 3 Eth will be added to the Community Fund every 25% of initial sales.
Our unique collection has 9 Total Properties and over 150 Total Traits.
ERC-721 token on the Ethereum Blockchain file hosting is IPFS.
Yes, 300 will be held for the team, marketing and giveaways.
The Shroom Scouts are the first of many ways our team plans to build value for this community. Plans will be revealed after mint!
Each Magic Mushroom will be revealed 24 hours after minting ends. Announcement will be made in the discord on September 25th 2021 with the exact time of reveal.

Our team is committed to innovation while being transparent, active, and above all prioritizing the members in our community 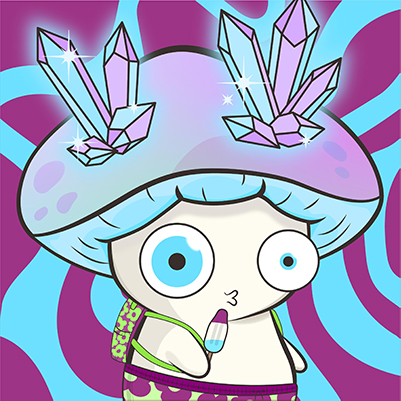 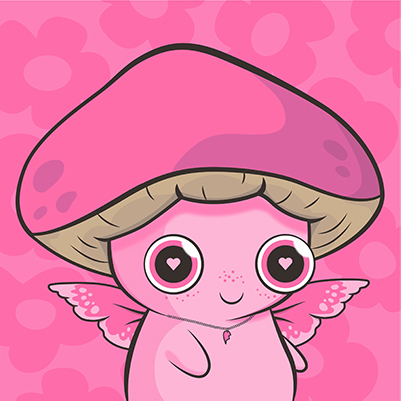 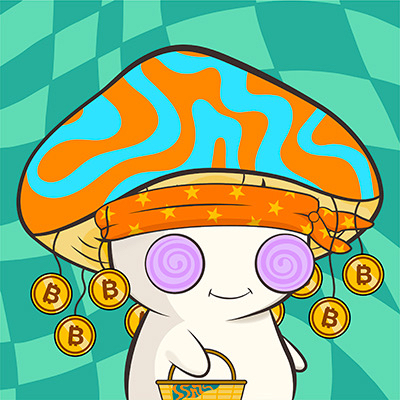 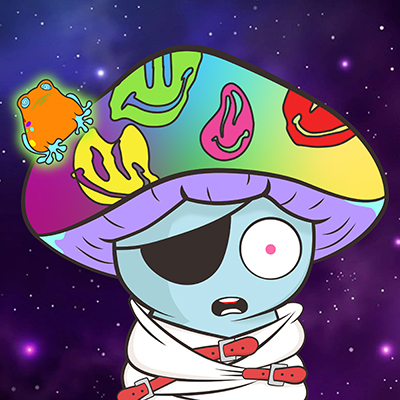 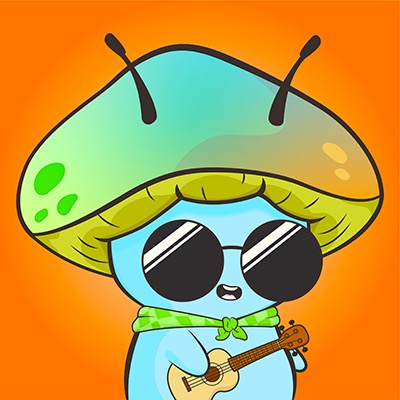 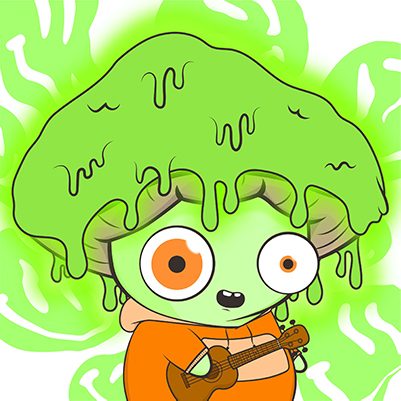 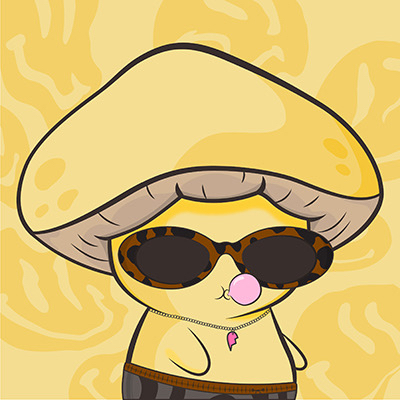 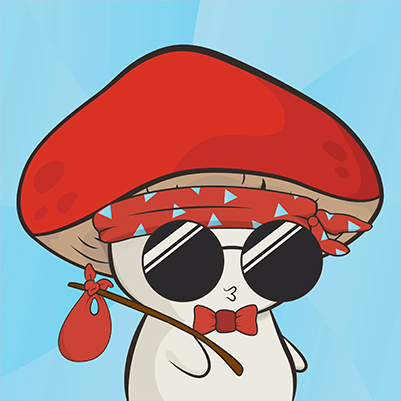 Don't miss out on our limited collection of Magic Mushroom NFT's.